The Roman Stola: Part I, Why Wool?

I recently presented my stola paper at An Tir’s Kingdom Arts and Sciences Championship as a single entry. You can see a video of my presentation here (20 min talk, 20 min Q&A). Since I know not everyone wants to read a giant tome, I’m going to break up important bits of my paper into a series of blog posts.

Color by Dulcia MacPherson, captions by me.

The stola was popular for about 400 years (mid-Republic to early Empire), and was integral to the Roman matron’s sense of self. It gave its wearer special social and legal protections.

PART I: WHY WOOL?

Upon hearing that the Roman stola is wool,  most SCAdians think of thick blanket wool, and are reluctant to use such a heavy material for fear of over heating. Hold on, my friend! My this stola is so light as to be mistaken for cotton by most people (yes, I know the selvedges are wrong – I don’t wear this one anymore and need to get pics of my current favorite). Keep that in mind as you read… 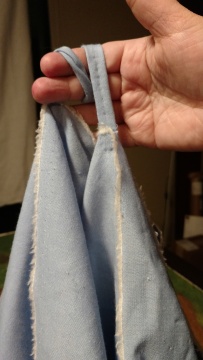 Part of a woman’s duty was to make wool clothing for her family. The linking of wool working to feminine honor goes back to the Roman monarchy.

There’s an ancient morality tale about a handful of Roman princes and cousins who were camped outside an enemy city. They started drinking and bragging about their wives to such an extent that they decided to ride back to Rome to decide whose wife was worthiest. Titus, Aruns, and Sextus found their wives feasting at a lavish dinner party. Tarquinius (died 495 BCE) was most pleased to discover his wife, Lucretia, sitting in quiet, spinning with her slaves. Later, the sexual assault of the blameless Lucretia by Prince Sextus (and her subsequent suicide) spurred the rebellion that ended the monarchy and established the Roman Republic. 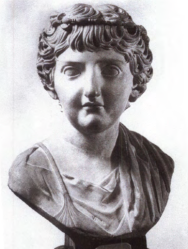 Roman matrons were remembered as virtuous for their spinning and weaving; their industry with wool is often mentioned in epitaphs. Baskets containing spindles and wool in progress were sometimes displayed in the atrium to demonstrate the matron’s dedication to visitors. During the 1st century CE some higher status ladies chose to purchase their fabric (Not everyone was a “good wife!”), but wool working remained the symbol of matronly responsibility throughout the Empire. 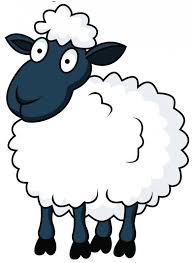 Wool was considered to contain animus, spirit, because it was made from a live animal. All ritual and ceremonial garments – priest robes, wedding clothes, infulae (ritual headcoverings), etc. – were made of wool. To represent their purity, brides wore woolen oufits including their slippers. Along with the wool vittae (thin headband) and covering palla (shawl), the stola represented the matron’s pudicitia (modesty).

All sources agree that the stola and toga (the male analog of the stola, in some ways) are generally, if not always, made of wool. Although sources mention cotton and silk in women’s clothing, they speak in general terms or about other garments.  A stola made of these fabrics is not specifically mentioned. The question to me is whether stolae and togae were considered ritual clothing. They were certainly legally and socially distinctive from other garments, and to me that classification is reasonable, if not certain.

The wool fabric used was very light, even diaphanous. Based on the drape in period imagery, it was similar to the tropical-weight wool used modernly, but with a more open weave to reduce stiffness. It bears pointing out that the heavily wrapped statues often have clearly visible nipples[1], even through what should be 2 or 3 layers of linen and wool. This may be a bit of creative license on the part of the sculptor, but I suspect it indicates the airiness of their fabric.

We know the Egyptians wore sheer linen gauze, weaving their fabric thin enough to reveal the anatomy underneath, and it was probably similar in Rome. Pompeiian frescoes clearly show transparent clothing.

This ultra-airy fabric has been one of my challenges in recreation. Please see Appendix B in my paper for a discussion of period sheep and how their wool differs from modern fiber. Someday I hope to weave my own, using wool that’s as close as possible. For now, I keep an eye out for tropical weaves in non-corporate colors. 🙂 And I expect I’ll spend some money on fabric when I make it to Italy…

[1] Thanks to Laurel Grasmick-Black for noting that nipples may have been emphasized as a paean to motherhood, a part of the matrona’s virtuous duty.

WHERE TO FIND IT: I’ve had good luck at Mill End and Pendleton (YUM), here in Oregon, and online with Fabric Mart. My current favorite is Whaley Bradford (UK) (SO delicious, but pricey). Dharma Trading Company, Mood Fabrics, Faserhaus and Wollknoll (last two in Germany) and B.Black & Sons carry lightweight wools but I haven’t seen their stuff in person. Also try The Historical Fabric Store It may be worth getting a sample if you’re shopping online. On Etsy, I hear good things about WovenbyElspeth and Nornilla. In general, look for terms like “gauze” and “tropical.” Note for 2021: WoolSome looks tasty but I haven’t tried their wares.

GOOD NEWS: I get much less serious in the following chapters. All the scholarly stuff is the paper, so I let loose a little more on the blog.

3 Responses to The Roman Stola: Part I, Why Wool?